Rangers…registrations for 2017 are now open.

Congratulations to Ben Fillery and his group of year 9s who after winning the minor premiership were able to back themselves in and out muscle, out run and out play and come from behind to win the grand final against Ellenbrook on Sunday.

Come along and congratulate the boys at the club windup on:

Congratulations to all the teams for a great year of footy.

A special congratulations to the year 9 team who after a come from behind victory today will play in the grand final next Sunday. In what was described as a ripper game played in a fantastic spirit the Rangers defeated Mazzenod 7.13.55 to 7.6.48.

The year 9 grand final – Ellenbrook vs Hills Rangers will be played next Sunday 11 September at 10:20am at Steel Blue oval. It would be great to get as many supporters and players in their club colors come down and support the boys.

Results during the final series are as follows:

Year 7 after finishing second on the ladder and winning the qualifying final, the 7s were defeated by Bassendean who advance to the GF against Upper Swan black.

Year 8 Blue division. Hills Rangers White had a tough year and were unable to make the finals series. We look forward to them returning bigger and better in 2017. The GF will be played between Bassendean and Ballajurra.

Year 8 Red division. Hills Rangers Orange finished the season 4th on the ladder. After winning the first elimination final against South Perth, they were defeated by Ellenbrook in the semi final. The GF will be played between Noranda Gold and Mt Lawley.

Year 10 Barry Cable Division. Hills Rangers advanced to the preliminary final after defeating Coolbinia but went down to Caversham. The GF will be played between Manning and Caversham.

Congratulations again to all the teams for a great season of footy. Good luck to Ben and his year 9s in the GF on Sunday.

Here is snapshot of where the teams are all placed leading into the last couple of rounds before finals:

Whilst not all team will make finals, the Club is very proud of you all. It is worth noting that the year 9 team who is currently 1st on the ladder, finished near bottom of the ladder in 2015, and have returned in 2016 bigger, better, stronger. So never give up… keep giving it your all.

Are you itching to unleash your inner Donna Hay, Nigela Lawson, maybe even Heston Blumenthal? Well this Sunday could be for you. We have secured a stall at the Mundaring Rotary Markets from 9am-2pm and we need YOUR HELP!

Speak to your team manager about donating some baked goods for a great cause…funds raised go to supporting your son’s football team.

Hi Rangers. Below is an update of our teams leading into the long weekend. Thanks again to everyone for your support.

For those with a bye this weekend, parents…enjoy the week off…

There’s still a long way to go in the season, so boys keep enjoying your footy and doing your best.

This week is ‘Pink Round’ and we’d love your support for the Breast Cancer Research Centre. As your President I’m planning to come to as many Hills Rangers games as possible, wearing all pink hair and pink beard and collecting donations along with my son James. Please give generously. You could also help out by making some baked goods (easy to cut cakes, slices, cupcakes, muffins, biscuits) to sell at a cake stall at the home games. Speak to your team manager for more information.

I lost my little sis to breast cancer last year and have been wondering how to honour her memory, this is a little something that I can do and might even be a tear or two.

Welcome to the second round of 2016

A HUGE thanks to all our club volunteers who have put in hours of work to prepare for the first round of the season. The first week went off with no major hiccups, however we still need volunteers to put their hand up to help out.

Most importantly we are in desperate need for a Canteen Manager. Please come forward and help out. Even grab a friend to job share with you. Funds raised from the canteen go back to equipment for the boys. Your club committee are already multi tasking in many areas, so we really need your help! Full support will be provided. And as canteen manager, you will not be required to undertake any other game day rosters with your team!

The first round resulted in losses to both the year 7’s and 8s, with the 9s bringing home the 4 points against South Perth. The yr 10s had a bye, so all the best to Barry and the boys for their first game this week. Best of luck to the 7’s 8’s and 9’s again this week. Have fun!

Finally, just a reminder to check the fixtures each week as there have been several changes. Use the link on the fixtures tab above. 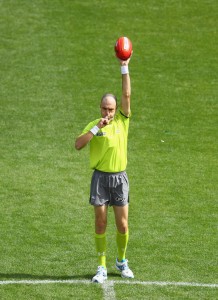 One week to go Hills Rangers! For the latest fixtures please click on the fixtures tab above and then your year. These link directly to sporting pulse and will always be the most up to date.